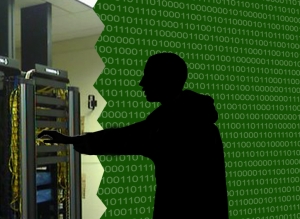 An Inadequately Secured Telephone System Can Be Hacked Into Remotely

Did you know that some hackers and scammers target telephone systems?  Phone hackers are very good at what they do, and in just a few hours, you could be held liable for thousands of dollars worth of fraudulent charges.  In 2009, a Boston business owner was given a bill for nearly $900,000; just this past May, a St. Louis based real estate agent received a bill for around $600,000.  As a result of all of the the recent system hackings (like Snapchat, last week; Target, last month) people have security on their minds. Read on to learn about hacked telephone systems and what you can do to protect yourself and your business from phone hackers.

This can sometimes be done by guessing people’s voicemail passwords.

Note: Other methods and schemes for exploiting VoIP, do exist.  The aforementioned are just a couple that are more common.

How Does the Phone Hacker Profit?

What Can You Do to Protect Yourself and Your Business from Phone Hackers?

Don’t let your business become a victim of telephone system fraud.  In the cases of the Boston business owner, and the St. Louis real estate agent, they were given a reprieve from their phone companies (after being put through negotiations and stressful encounters with customer support).  It’s always better to be safe than sorry, and it doesn’t take very long for significant charges to add up (the real estate agent’s bill of $600,000 took less than 24 hours to accumulate).

As always, I encourage you to leave a comment below.