The End of Copper-Based Landline Networks? 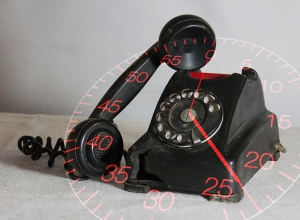 On January 30th, 2014, the FCC approved a measure which will permit telephone carriers to conduct VoIP trials in certain localities.  The ultimate goal of the VoIP trials is to assess the impact, viability and implications of providing large-scale service via IP –rather than via traditional copper telephone lines.

If the results of these VoIP trials indicate the ability for IP telephony to meet the requirements set forth by the FCC, carriers would ostensibly be permitted to migrate customers to IP-based systems and eventually abandon the current copper infrastructure.

Why bother with VoIP trials?

The reality is that IP telephony has already become very popular amongst consumers and businesses.  There is no doubt that it will replace copper at some point in the not-so-distant future.  However, IP telephony has been proven over the years.  It is still unfamiliar technology to some, which is perhaps why some consumers object to the possibility of abandoning traditional copper infrastructure.  It is my belief that as people learn more about IP telephony, they’ll begin to realize the many benefits that it can offer them and how it’s not something to fear.

1. If you’re not already a VoIP consumer, is this because of concerns that you have about the technology?  If so, what are your concerns?

2. What additional benefits could come out of migrating to IP telephony?

3. Do you have any questions about what I discussed?  We would be happy to answer them.