Will the Amazon Fire Spread Out of Control? 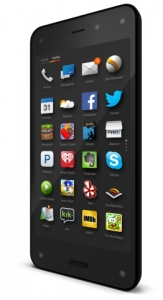 Last week, Amazon announced their entrance into the smartphone market.  They plan to release the Amazon Fire on July 25th.  However, at a retail price of $749 for the 64GB version ($649 for the 32GB version) does the Amazon Fire really have the potential to draw consumers away from their current phones?

The Amazon Fire is clearly an Amazon-centric phone.  It can function to provide users with valuable information on products, so that they can conveniently make those purchases on Amazon.com.  The phone also comes with a year of Amazon Prime included.  While Prime is great, it’s not great for the budget-conscious individual.  When I had Amazon Prime, I found myself spending quite a bit more time and money on Amazon than I previously had (or have since choosing not to renew Prime).

Aside from the obvious e-commerce incentives for Amazon, what are they offering you, the consumer?  For one thing, the 13 megapixel camera does seem great!  Myself, like many, use their smartphone’s camera quite a bit.  It would be nice to have an extra 5 megapixels over what my iPhone has.  For the media enthusiast, the display is likely to interest you; especially if you’re into Amazon’s streaming movies and music, this aspect of the phone will likely appeal to you.  But perhaps the best selling point, at least from my perspective, is the battery life –which Amazon claims to yield 285 hours of standby and 22 hours of talk time – this is more than double the talk-time that Apple claims for the iPhone.

Here’s why the Amazon Fire is likely to flop:

You can check out the Amazon Fire Phone here if you would like more information: http://www.amazon.com/Amazon-Fire-Phone-32GB-AT/dp/B00EOE0WKQ#camera